Become a Member of the Cabramatta Business Chamber today 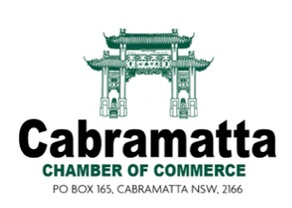 The Cabramatta Chamber of Commerce is one of the oldest chambers, in New South Wales, it was established in the early 60s to represent the local business community in dealings with the local Council, Government departments and other entities.

From 1959-1965 the executive consisted of Frank Calabro who was President and Ted Ingle, the local chemist was Vice President. Frank Calabro became a State Representative 1970-1988 as MLC (upper house).

Between 1995-2002 Ross Treyvour was President and Ken Chapman V/P led the charge on the State Government to eliminate the scourge of drug and a needle exchange in Cabramatta which led to a Parliamentary Review into Cabramatta Policing in 2002.

The Chamber has been involved with the Freight line and Rail Station Extension with the Federal Government, Car Parking with Council and Council Amalgamations with State Government and the Western Sydney District Plan.

The Cabramatta Chamber of Commerce since its formation provided a valued forum for open discussion of all matters of relevance to those interested in development of our local community. This has been able to be achieved by the Chamber successfully conducting quarterly meetings with Council Staff, Police and other members of the business community presenting and discussing local community issues/ updates & achievements.

We have seen Cabramatta go from a suburb which was known as a crime and drug capital to a tourist hub. Cabramatta has many years been a major tourist attraction in New South Wales and a success story in bringing different people from around the world with different cultures working together to produce a vibrant and harmonious environment to work and live.